How to Recover Deleted Shows on Fios DVR Without Compromising Quality? 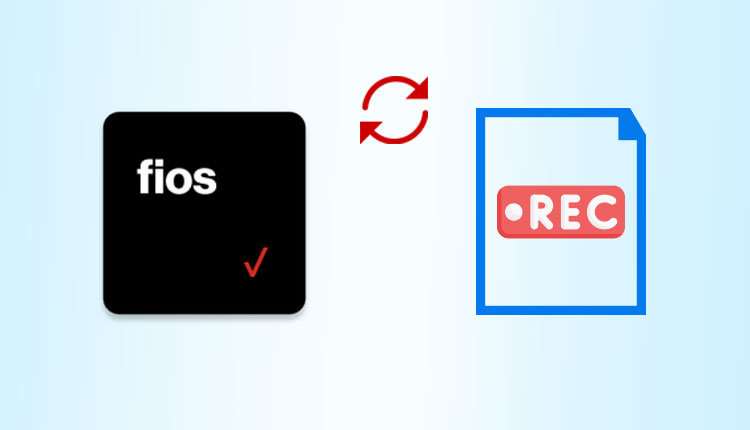 Verizon took the advancement of Virtual TV to another level. It facilitates users by providing access to delete, record, and operate Fios DVR remotely.
Still, we frequently encounter various user queries, describing their unresolved issues with Fios DVR. One of them is how to recover deleted shows on FIOS DVR.

Let’s Give A Look

Here the user is struggling through a strange situation.

“My recordings are occasionally missing from DVR. I looked for deleted recordings in the DVR menu. Recorded programs would be deleted as soon as recordings end. The status message displays say “This program was deleted by user”.
The program is unavailable in the “Recent Deleted” folder. Verizon Team is asking me to do the “Fix FIOS TV issues”. But it didn’t resolve the issue. I am unable to figure out where the issue is coming from?”

The core issue is that the recordings are missing on their own. Endless reasons are there which affect the functioning of DVR. To fix the issue, it is mandatory to first diagnose the cause. Here are the primary causes of malfunctions in DVR operations.

What Causes Interruption of DVR System

Attention – It is instructed to stop using the recorder when the user finds the deletion of recordings. Else, it will result in overwriting of recordings and there is no possibility to retrieve the overwritten data files.

The list is endless but these are the most common reasons for the deletion of DVR.
So, in these kinds of situations, the first thing that comes in handy is backup of recorded programs.

Why Keep Backup? Why Not?

This question is not important “If your Fios DVR is going to crash?”
The important question is “WHEN it will crash?”
No equipment has resistance against factors that we had discussed in the above section.
Apparently, it is always a rational step to keep a backup of your favorite shows’ recordings.

Method – Most DVR boxes have the eSATA port on the backside of DVR receiver. Check if it is available on Version DVR and enabled by the company. If external drive access is allowed then simply connect the external HDD as a USB and copy your favorite recordings.

What If User Don’t Have Backup?

Fios has given an advantage over other DVRs and that is “Restore Deleted recordings”
Retrieving your wished recordings is a cake-walk. Before pursuing, make sure all the prerequisites are satisfied.

Note – Before restoring the recordings, always make room in the Fios DVR drive. Otherwise, it might interrupt the functioning or induce unwanted changes within the DVR.

However, Fios offers such an amazing feature of restoring recordings.
But what if the application also betrays and says “Toddles” when you need it most?
Refer to the given image.

How to recover deleted shows on Fios DVR, if nothing works??

Don’t dishearten… This blog is headed in one direction only.

Still A Decisive Tool is Left

DVR Recording Recovery Software is the last expedient that will recover the recordings for almost all DVRs in the original file format. The best thing about this tool is it recovers deleted data from laptop hard drive

Fios DVR consists of many features but also lags behind due to its inefficiency.

Users feel annoyed when they don’t deliver what they promise. “How to recover deleted shows on FIOS DVR” is user query that arose due to discussed circumstances.

The user is advised to use DVR recording recovery solution to recover permanently deleted files from external hard drive if he is certain that overwriting is not done yet.